Bugatti designs and manufactures products for the table and kitchen, cutlery and small household appliances that are highly innovative and have an original and sophisticated design.

For 90 years, Bugatti proposals have been distinguished by the unique style in which high technology blends with Italian tastefor shapes and details; links with the territory and craft tradition live together with the eyes open to the contemporary world and its values; from experience sharing to environmental sustainability.

Owing to the contribution of a large team of draughtsmen and designers, Bugatti produces small and large treasures for the home that interpret changing desires and enrich life’s habits and environments.
Bugatti revolutionises the ‘simple and habitual’ daily rite of experiencing the home, by transforming it into an art, a gift, an emotion to be discovered every day!

Bugatti products for the home are developed with the cooperation of an expert team of professional, well-rounded designers, with skills acquired in various sectors of application. This is how new objects are created, featuring a unique design and high quality. 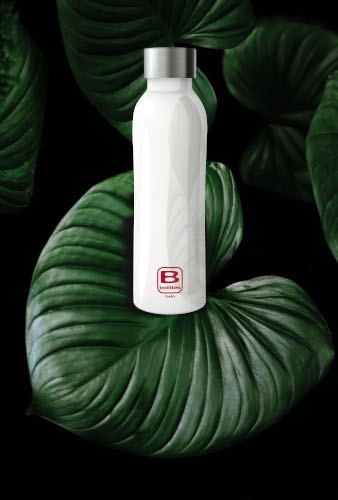 Bugatti celebrates its ninetieth birthday: the company was set up in 1923 in Lumezzane (Brescia).
It was founded by the brothers Giuseppe, Giovanni, Faustino, Giacinto and Amadio and its name also pays homage to the father who preceded them: F.lli Bugatti fu Amadio.
The company started off life as a professional workshop making nickel-silver and silver-plated brass cutlery but it soon acquired the first mechanical tools required to improve product features and streamline production.

F.lli Bugatti was the first company in Italy to introduce the Polak pressure die-casing machine, thanks to which in 1928 the revolutionary brass-silicon alloy was created that is still known today as “Bugatti alloy”. It is the first of a long series of technological and formal innovations that will lead to the company making a name for itself in Italy and Europe and then establishing itself on international markets.

1928 They are the first in Italy to introduce the die-casting machine for manufacturing cutlery and to invent the brass alloy that is identified by the name “Bugatti alloy”.

1938 Eredi F.lli Bugatti is founded, where the second generation of the family comes into its own.

1999 The BUGATTI® trademark is introduced to the market.

2005 – TODAY The Diva espresso machine, designed by Andreas Seegatz in 2005, comes as the first small household appliance: it will be followed by numerous products with an original design and a highly innovative character.

2011, SHARING EXPERIENCE Sharing ideas and results (sharing experience) as an innovation driver: the most recent Bugatti research and innovation projects are based on this, including Glasstechhot, the project arising from the need to try out alternative materials and processes, which has led to the creation of a special pyroceram with an applied semiconductor that can reach 450°C.